No growth, no repair. Wow! What a clever government? 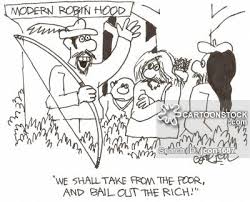 The Coalition has neither supported growth nor repaired the budget. When Labor “blew the budget deficit” to above 4% of GDP during the financial crisis, they could gain comfort in the knowledge that their policy choices meant Australia avoided recession and the unemployment rate peaked at 5.9%.

There were significant benefits from that particular budget deficit blowout. It should be noted that it was after these budget measures were taken that, in 2011, Australia achieved the coveted triple-A rating, with a stable outlook, from all three major ratings agencies.
Now, as 2016 draws to a close, GDP growth is stalling, the unemployment rate is stuck nearer 6% than 5%, underemployment is near record highs and wages growth has fallen to a record low.
These are the core reasons for the likely credit rating downgrade. Had fiscal policy been used to support growth ie. Infrastructure investment, the ratings agencies would have seen this as pro-growth strategy for the long term.
Had the budget been repaired, albeit it at the cost of growth, the rating agencies would have rewarded that strategy.

What innovative fiscal strategy have we seen, no innovation, no lateral thinking just the same old same old. Bleed the lowest hanging fruit, the unemployed, disabled and less fortunate.

And this will encourage growth. Come on pull the other one! Ideology must take a back seat, its time for logic.
at December 20, 2016