IS IT ALL GOING DOWN THE DRAIN 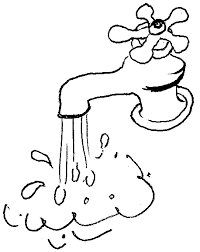 IS POLITICS CHANGING THE MEANING OF WORDS

An expression that is refusing to end its earthly career is “going forward”.
Together with its close relative “moving forward”, it’s a boardroom and husting escapee that has made it big time in the workplace, and even outside.
It is loathed by all except those who are too busy moving goalposts and hitting the ground running to notice that this expression does something to the neck hairs of most other speakers.
In its early appearances, it signalled some sense of progressing or looking ahead.
Now it means, I have nothing else to say. Now its said as if it were something to say??

Humanity everywhere is thinking and talking about going forward.

With purpose, action and direction at its heart, it’s hardly surprising that the morale booster became the buzzword of business and management. It could solve everything, so it multiplied like rabbits.
This unstoppable slogan has spread unchecked, even into the nooks and crannies of our conversational lives.
Another word that's moved into our world is growth, there was a time when it was a medical term that was not nice.
Now every thing has a growth, what is a jobs growth? Is it your jobs to big, deficit growth, does it mean more of nothing. Its confusing.
The word has been turned into water tap that can be turned on at will, its become a carbunkle that should be removed. Its been turned into another a mere 'fill a gap in your teeth word' when you've nothing to say.
I'm racking of out of here before, I just become another thing word!
at March 03, 2017