Freedom of speech in Australia is not guaranteed under our constitution and we must be wary of governments trying limit who can criticise them. 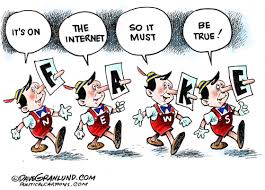 The British parliament obtained “freedom of speech” when the English civil war and the Glorious Revolution culminated in the Bill of Rights of 1689.

A century later, the French Revolution produced “The Declaration of the Rights of the Man and of the Citizen of 1789”, with its promise in Article XI that “the free communication of thoughts and of opinions is one of the most precious rights of man: any citizen thus may speak, write, print freely”.

When the American colonists defeated King George III, they drew on the French experience, including, in the first amendment to their constitution, a prohibition on the legislature impinging on freedom of speech or the freedom of the press.

In all three instances, free speech derived, directly or indirectly, from uprisings against the wealthy and the privileged – the kind of people that the IPA and its friends in the Liberal party now represent.

Should we have a bill of rights, yes!

Why don't we have one? None of the major parties have supported the need for such a bill.
at June 26, 2018