Journalism may need a rethink:- If there is a conflict between forces or ideas or values, then the chances are it will make news. Manipulation is the watchword! 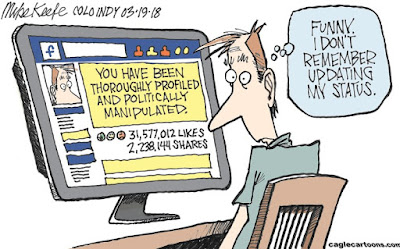 Excerpts from an article by Conal Hanna
https://www.smh.com.au/by/conal-hanna-gud8gc

The first-year journalism textbook. “The most important news value may well be conflict,” Len Granato wrote in 1991. .”

But maybe not for much longer. Finally it seems journalists are waking up to how they are being co-opted by the outrage machine.

A few months ago, US author Whitney Phillips published a report entitled, The Oxygen of Amplification, in which she wrote that US news media was hijacked from 2016 to 2018 to amplify the messages of hate groups.

The Oxygen of Amplification by Whitney Phillips details the ways in which the media is being manipulated.

She recounted how many journalists and editors wrestled with the decision to publish, trying to balance competing demands such as respect for free speech, a desire to dispel false information and commercial pressures.

Often the problem is in the quantity and prominence of coverage of fringe views, but even measured responses worked to the benefit of outsiders, garnering them more attention.