The Australia of a fair go is being undermined by extremist views pedalled by politicians and the media. The fair go Australia is the sort of Australia I want to live in. Fear has no place in my Australia. 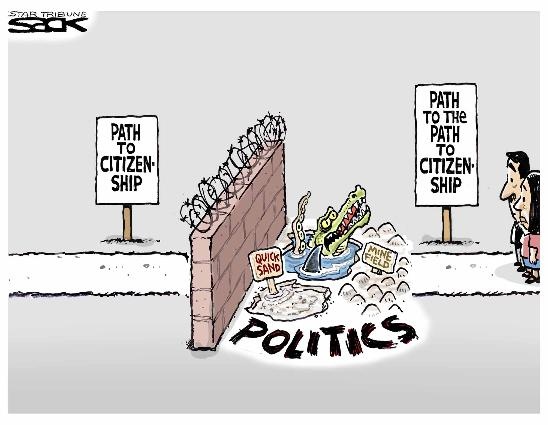 2018 have we lost what Australian-ness is all about?


We’ve lost some of our friendly fearlessness. We’ve allowed ourselves to be preyed on by scaremongers, by people who seek to personally gain by dividing us. Worse, we’ve lowered our standards, our ‘Australian values’ about what is acceptable in the face of unprincipled populists and shameless media.


After trying to steadily evolve away from previous centuries’ prejudices and acknowledge the reality of our blood-soaked and brutal inheritance, we’ve let ourselves be enslaved by fake news that's brought fear into our lives.


Appalling people, people who are the antipathy of ‘Australian values’, are afforded megaphones to promote outrage.


Which brings us back to the 25 millionth Australian. Many in this more divided and scared Australia aren’t as optimistic about becoming bigger and better as we have been for a couple of hundred years, about being willing to share our common wealth.


The arrival of the 23 millionth Australian was largely unnoticed. The 24 millionth attracted more official attention with the ABS making a bigger show of the event. The 25 millionth though has been heralded with fear and concern over weeks and months leading up to the milestone.


Beyond the prejudiced and small-minded, the ‘Smaller Australia’ push over the past couple of years has largely come from the policy shortcomings of politicians responsible for our two biggest cities.


Those two cities are large by our standards, but they still represent a minority of the country’s population. As anyone who travels this land knows, Sydney and Melbourne have congestion challenges, but Australia is not crowded.


This more timid and divided Australia is disinclined to deal with the challenges, preferring to shrink from them. They want two cities’ difficulties to restrict the whole nation’s potential.

It's a sad day when don't welcome more people to our wonderful country. Australia has been built by immigration, people from all over the world have decided that Australia is the country they want to live in.

Australians born here have never had to make a choice, they've been lucky to live in a country where Australian-ness means we give people a fair go.

This vast country needs a larger population to reach its full potential. The fear mongering that is pedalled by some media and fuelled by politicians has the potential to destroy our Australian-ness.

Let's love our Australia for what it is and what we are. An open minded welcoming people.
at August 07, 2018