The LNP Senators have proved that half a brain is the requirement to become a Senator for the LNP.

What does it say about Coalition senators that they would vote mindlessly for anything they are told to back, however inappropriate?
After all, following a short but pithy debate Coalition senators sat to be counted, with the white supremacist language there before them, with their notice papers. Meanwhile the opposition senators are yelling to bring their attention to the stupidity of thier action.
When these Senate motions – on average there are 50-60 every sitting week – come, the government asks the relevant ministerial office to advise. In this case, it was the office of Attorney-General Christian Porter.

The SHEEP Senators were not even thinking. Why do we elect them!

Then again it's often been said "anyone with half a brain could do that job," Now we know its true!
at October 28, 2018 No comments:

The desert in Australia is a lesser danger than the policy desert in the present government. 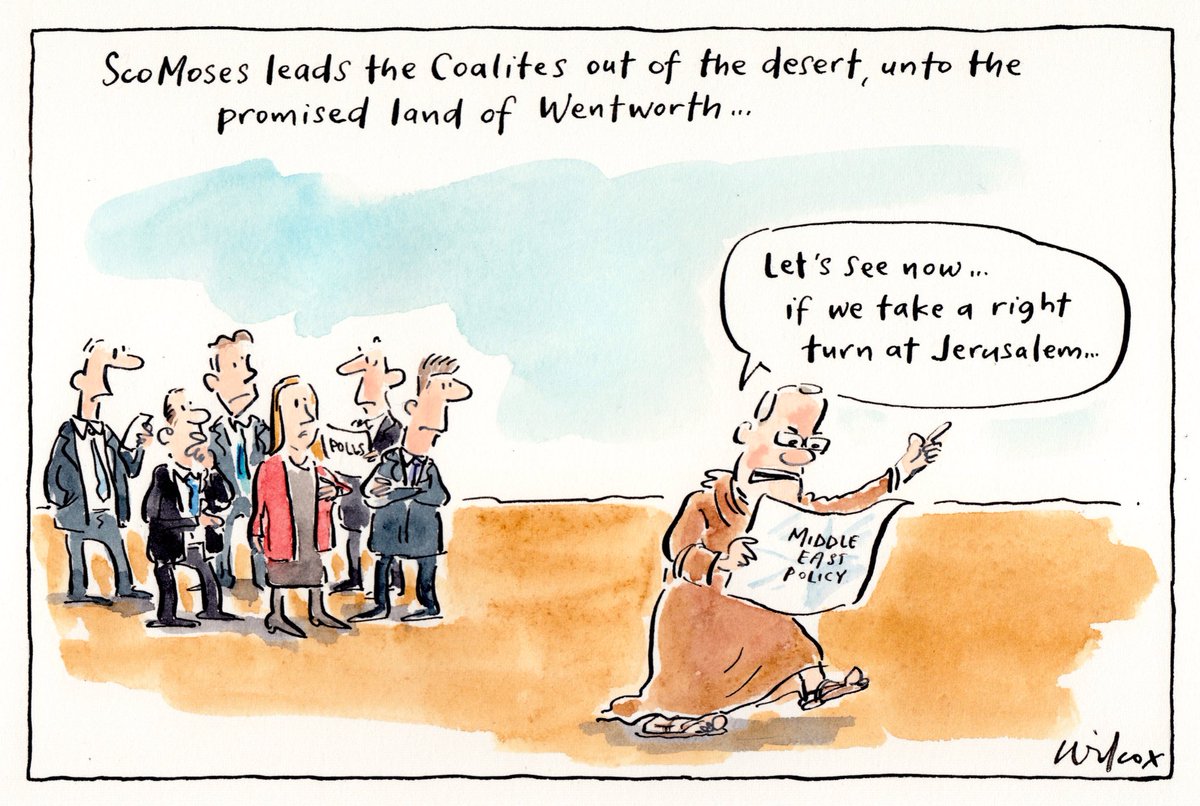 No other wealthy country has experienced a period of economic growth as long as Australia’s current stretch, and our relatively open approach to immigration is also a major asset.

Australia takes in as many as 190,000 immigrants a year who work, pay taxes and have children – all useful to address an ageing population. Then there’s Australia’s world-class health-care and superannuation systems.

Surprised by how few Australians seem to realise how much their country stands out!” I'm not, as we are all attuned to 24 hour news cycles.

“Not just in terms of how long it has gone without a recession, but also in terms of income growth, immigration and economic reform. It’s an amazing record, and one that it’s really important not to jeopardise.”
at October 28, 2018 No comments:


"Never interrupt your enemy when he is making a mistake," Napoleon Bonaparte is supposed to have said.

The package of energy measures unveiled by Prime Minister Scott Morrison and energy minister Angus Taylor plays with a number of myths and distortions about power and energy.

For example, they've distorted the Australian Competition and Consumer Commission's findings and recommendations to justify the measures and achieve the claimed savings.

The government is touting huge but unrepresentative savings from its proposed"default offer" for retail electricity.

Here are some of the most glaring myths and distortions on show.

Morrison and Taylor are touting huge potential savings in typical annual household power bills from forcing power retailers to use regulated "default offers" - from $369 in southeast Queensland and $411 in NSW to $652 in Victoria and a massive $832 in South Australia.

The reality as described by the ACCC in its retail Electricity Pricing Inquiry—Final Report is a lot less exciting.

Here are some of the most glaring myths and distortions on show.

Buried away on page 368 of the report are the ACCC's findings on typical annual savings that households on standing offers can reap from switching to the new regulated "default" offer.

But because only a fraction of customers are still "loyal" enough to be on standing offers, the average savings per retail customer from the default offer are even smaller - $11 in Victoria, $17 in SA and $22 - $24 in NSW and SE Queensland.

Total average savings from retail price reductions range from $26 in Victoria and $37 in NSW to $42 in SA and $62 in Queensland.

In other words, a few coffees worth a year. There's no question that power companies have moved too slowly to shift customers off standing offers. But huge retail savings aren't on the table for most.

Buried away on page 368 of the report are the ACCC's findings on typical annual savings that households on standing offers can reap from switching to the new regulated "default" offer.

Where has our voice in our region gone? Its gone among the budget cuts. The LNP has made Australia's voice disappear!

Right when Australia finds itself with serious strategic interests in its neighbourhood, it has managed to turn its once influential international broadcasting voice into a whisper.

One that’s difficult to hear outside a handful of major cities across the region.

Both sides of politics can share in the blame for the poor state of Australia’s interational broadcasting.

Labor’s bitter internal wrangling over whether a contract for international television should be outsourced to Sky News over the ABC left the way clear for the incoming Abbott government to simply axe the contract entirely.

And let's not let off the hook the decision makers at the ABC who took the opportunity of a funding “crisis” to seek elusive digital audiences in China – while junking decades of experience broadcasting to audiences in Southeast Asia and the Pacific.

Thankfully, all is not lost.

The much reduced Radio Australia is still providing important news and current affairs coverage for the Pacific. Its last remaining foreign language broadcast service – in Tok Pisin – is still keeping audiences informed in remote Papua New Guinea and across Melanesia. The ABC’s website is still producing news in Mandarin and Indonesian. A bare-bones television service can be found – with some effort – across the region.

The elements are there to once again gently raise the volume of Australia’s voice in the region.
at October 16, 2018 No comments:

Lying is a virus that infects us all.

IF YOU are looking for a topic that has some sort of longevity to it, you might choose climate change, energy policy, NBN or immigration policy. However, by far the one that seems to get the most perpetual political attention is lying.

How utterly dispiriting it is when the hearts and minds of our politicians are so utterly corrupted by this virus of political lies, but more demoralising it is that ordinary people catch the same infection.

It is rampant in the run up to elections and only becomes more apparent once they're elected.
at October 16, 2018 No comments:

America says jump and Australia jumps and asks how high.

Mr Morrison announced he will continue to back a two-state solution to the Israel-Palestinian conflict, but suggested following the US President controversial decision to move Israeli embassies.

The US officially opened its embassy in Jerusalem in May this year, prompting violent clashes and mass protests on the border between Israel and the Palestinian territories.

If it Australia followed the US move, it would fly in the face of global opinion and make it just the second major nation to proceed with the controversial move from Tel Aviv.
at October 16, 2018 No comments:

Business and governments are lamenting our shortage of trades people yet they are blind to the reasons!

Vocational education and training, governments and business have dropped the ball.

Trades and other vocations have fallen through the cracks, first is the lack of investment by the industries that once invested in apprenticeships(BHP still does), stepping out of the area and relying on apprentices paying for training at TAFE .

Then the governments who funded TAFE's cut funding and outsourced much of it to private providers who's accreditation was doubtful and they have shown little regard to quality, it was always about profit.

The result is easy to see, not enough trades people and other workers. The cost of training these workers was once a part of business costs to ensure their businesses were viable and the TAFE System backed it up and made it possible.

Its about time business and governments woke up to the fact that shortages in the trades and ancillary workers is their own fault, they should make funding available for TAFE and remove or lessen the fees until these shortages are overcome. This is not rocket science!