First it was the the Bank Royal Commission that was opposed by the LNP and now its a Federal Anti corruption watchdog. 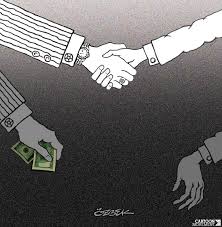 You would think that they would have learned.

First it was the the Bank Royal Commission that was opposed by the LNP and now its a Federal Anti corruption watchdog,.

You would think that they would have learned from their "helping the big end of town, mates" tag, they would have jumped at the opportunity to create a Federal Anti corruption watchdog. But, no!

An integrity commission was an important measure to restore public trust in the political system.
Governments ignore at their peril demands by citizens to combat corruption with vigour.

Attorney General Porter has warned the model proposed would “apply extraordinary powers against all public servants, including ABC and ABS journalists”. A very strange remark?

“Those powers could be used without proper checks and balances and at large because of an incredibly broad and low definition of corruption including basic administrative errors and process failures by public servants,” Mr Porter said. Again he is trying to frighten people off the idea. Why?

Even though we have a group of judges crying out for a commission it appears they don't want the same integrity commission extending to cover the judiciary. ????

Only people with something to hide should fear such a body.

Corruption is insidious it always exists because humans have flaws, so anyone who believes it doesn't exist in our Australian system is in La,La land.
at November 26, 2018 No comments:

Whatever happened to the revolution?

Whatever happened to the (digital news) revolution?

Remember when the doctor says, just before giving you a needle, this is going to sting just a little bit?
The chairman of the Australian Competition and Consumer Commission, Rod Sims, adopted the same bedside manner when he recently announced he had approved Nine Entertainment’s takeover of Fairfax Media.
Mr Sims admitted Australia would be “slightly worse off” after the Nine-Fairfax deal but argued there would still be a diverse range of views for local audiences.
Why did he agree to the Fairfax takeover
He argued that the many small digital players would maintain a balance. Well, what planet he lives on we do not know, suffice to say it is not a planet that Australia resides on.
Thank god for the ABC!
at November 25, 2018 No comments:

mARS bARS threatened by Brexit. It can't be ignored, it could be the end of life as we know it. 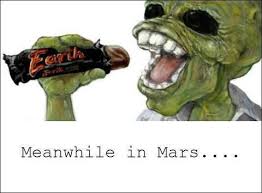 The loss of the popular Mars bar from British supermarket shelves has illustrated the massive change millions of consumers could soon be hit with.

The chocolate bars would vanish from Britain within a fortnight of the country leaving the European Union if there was no transition deal in place. Untangling the world’s fifth largest economy from 27 other countries after three decades is going to require some hard decisions, quick thinking and creative solutions.

Which brings us to the current mess the United Kingdom is in.

Using Mars as an example, if no deal is reached by March 29 next year then the UK will crash out of the EU and have to rely on World Trade Organisation rules to trade with its former European partners.

The problem with that is there would no longer be frictionless trade that allowed goods to pass through borders without customs and regulatory checks — and for Mars bars, two imported ingredients that couldn’t be stockpiled would go off in days.

Expected gridlock at the port of Dover would almost shut down one of the UK’s vital food import routes, meaning Mars bars — and many other products — would be gone, some within a few days.
at November 24, 2018 No comments:

Is the dark side about to appear again in Australian politics? 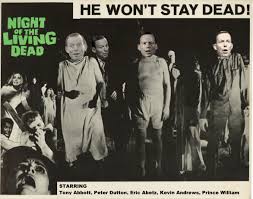 The mystic powers of the Mad Monk amaze me, could he rise again from the un-dead to lead the LNP?

Will he lead them into the wilderness of opposition, will he renew our respect for politicians, by bringing back true parliament abuse and denigration of anyone who opposes him.

We await the next episode with bated breath.

Costco America Strange supplies? They stock it because it sells.


Extract from an article Emily Mester

Only in America? Coming to a store near you, in Australia?

Their emergency food department is stocked with the dizzying quantities that could only appeal to the truly doom-hearted. $279.99 gets you 600 servings of canned eggs; $449 gets you 12 cans of freeze-dried ground beef that will last you 90 days. Unlike fresh meat, the product copy reads, THRIVE Ground Beef has a shelf life of 25 years in the can. For $4,499.99, a single person can gorge for a whole year on a kit of chicken stew, breakfast skillets, and chili mac with beef, all nonperishable. I eventually read those reviews, too, some of them from customers who are saving for disaster, others from those for whom the kits comprise part of their everyday diet.
at November 24, 2018 No comments:

Humanities that are derided so much by to-days politicians should be used as a guide to good government.

Wisdom, a sense of proportion, sanity of judgement, a faith in the capacity of man to rise to higher mental and spiritual levels. We live dangerously in the world of ideas, just as we do in the world of international conflict. If we are to escape this modern barbarism, humane studies must come back into their own, not as the enemies of science, but as its guides and philosophic friends.

Now we are more often likely to hear prominent politicians pillorying the humanities as esoteric and truth-defying, and humanities scholars as ideologues in cahoots with self-aggrandizing scientists who are addressing the existential crisis of climate change for personal gain.
To attack the university system at precisely the moment when it reaches more people, when its impact on the social, cultural and economic wellbeing of the nation has never been higher, seems perverse. Based on medium-sized lies, madness even, from the zone of truthiness.
at November 17, 2018 No comments:

Scomo The Unicorn has returned, however his mystical powers appear to have deserted him.


Scomo The Unicorn has returned and the LNP now realises that they didn't get what they wished for when they played snakes and ladders a short time ago.

They threw the dice and went down the ladder and landed on the mystical Scomo Unicorn who appeared out of nowhere.

Now we are learning fast that the only relationship Scott Morrison has to a real Unicorns is that he behaviour is a mystery.

His antenna seems to point all over the place, his policies are on and off like a proverbial light switch.

And since landing on Scomo Unicorn when they had their next throw they had to move backwards which was not what they expected at all.

They believed that the Unicorn mystical powers would move them forward. Now everyone wonders why on earth they decided to play the game in the first place.

The team that played the first game won't take the blame, and the second team who fell for the Unicorn seem's to have stuffed it up also.

Meanwhile The UNICORN is oblivious

Platypus in Melbourne water ways, could be receiving half the daily recommended dose of anti-depressants for humans.

Found 69 different drugs in the bugs, including fluoxetine and mianserin (anti-depressants), fluconazole (an anti-fungal), and non-steroidal anti-inflamatories (NSAIDs), often used to treat arthritis.

While we don’t know how these drugs are affecting these invertebrates, we know from other studies pharmaceuticals do affect the lifecycles of other organisms.

We also calculated that animals that eat these aquatic invertebrates, such as platypus, would be receiving half the daily recommended dose of anti-depressants for humans
at November 07, 2018 No comments: