Fake news has taken over! 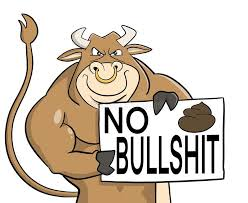 In recent times, politico-media bullshit has taken on a more subtle savoir-faire. Often defined as “fake news”, no effort is made to mask the bullshit and make it stick because it proliferates on all sides of the argument – the physical and the virtual.

Fake news”, or call it what you will, in its unadulterated form, fake news is fundamentally bullshit. And as strange as it seems, research indicates that we have become more intrigued by bullshit than we are by the truth.

Truthfulness has never been counted among the political virtues, and lies have always been regarded as justifiable tools in political dealings…. Hence, when we talk about lying … let us remember that the lie did not creep into politics by some accident of human sinfulness. Moral outrage, for this reason alone, is not likely to make it disappear.”

Personally I prefer the unadulterated version, if its shit say its shit. Why should we blame the blameless bull.

"To make my point" If we were to follow a herd of politicians, there would be mountains of the stuff.

Email ThisBlogThis!Share to TwitterShare to FacebookShare to Pinterest
Labels: Politics, Strange but true?, The Truth