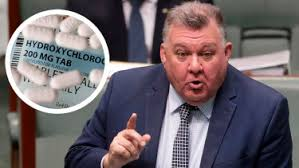 In Australia, our PM and the Coalition are mute, this gives implicit permission for whacky conspiracy theories and misinformation about the coronavirus and vaccines to be spread by backbenchers — who take their strategies straight from the Trump playbook

These same leaders spend their time and taxpayers' money insisting that public confidence in vaccines is crucial.

Why on earth aren't these people gagged for creating doubts about vaccines. Who is really in control of the Coalition?

A living wage, is it stupidity or a necessity. The push for lower wages is a step to far in 2021! 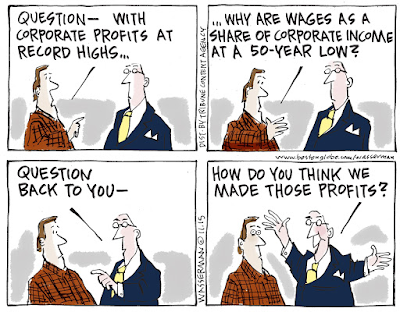 Flat real wages are diminishing our sense of shared prosperity. The lack of real wage growth is one of the reasons why some in our community question whether they are benefitting from our economic success.

A similar thing has happened across most of the advanced economies.

People around the world have diminished trust in the idea that the policies that have underpinned growth over the past 30 years are working for them.

“They feel more uncertain about the future and, in Australia, are also having to deal with very high housing prices.

Diminishing trust in the idea that living standards will continue to improve is a major economic, social and political issue. It is in our collective interest that this trust is restored.”

Unfortunately, there is no sign of the Morrison, and the Coalition in general being committed to restoring that trust.

They have argued against every wage rise for years. Their mantra "Low wages more profit". Trickle down economics, that's been tried.  It doesn't work, its broken!

The government hasn't learned that investments now more than ever can land anywhere. They don't necessarily always result in Australian jobs.