The big C stands for corruption or? Coalition? 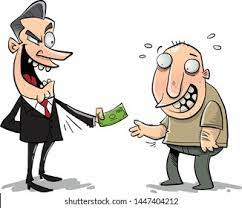 The federal government appears to have abandoned its plan to extend controversial encryption-busting powers to federal, state and territory anti-corruption bodies, despite previously endorsing such a move.

Labor used the Parliamentary Joint Committee on Intelligence and Security (PJCIS) review of the Assistance and Access Act [pdf] last month to call out the apparent U-turn, for which it said the government has offered “no explanation”