Australia where are you? Once we were taking a leading role. Now? 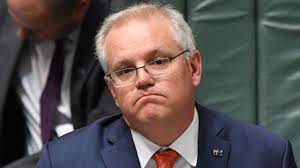 We took a leading role in the establishment of

The UN Conventions on Genocide

The Universal Declaration of Human Rights

Now,it seems inconceivable now that Australia could take the lead on any major international policy, so shrivelled is our ambition.

Australia could exercise a far greater international influence if it chose, however it appears that our Coalition governments have set about making Australia a hasbeen internationally.