Higher death numbers due to virus, yet we don't care! Our Government's and journo's aren't interested. 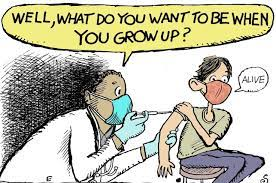 A higher number of reported deaths, nobody seems to care about it or worry about it apart from the families involved.”

It's partly the fault of governments, but really, the vast majority of Australians are sick of COVID. They want it to be over.The problem is, it isn’t over”.

Since the beginning of this year, there have been more deaths than the previous two years combined – it’s now our second-biggest cause of death”.

Our governments have largely abandoned public messaging and advice. Health officers advocating the wearing of masks in crowded spaces are simply not being heard.

Messages from different state governments and territories is it’s up to you to work out what your risk is and protect yourself.

They have lost the plot!